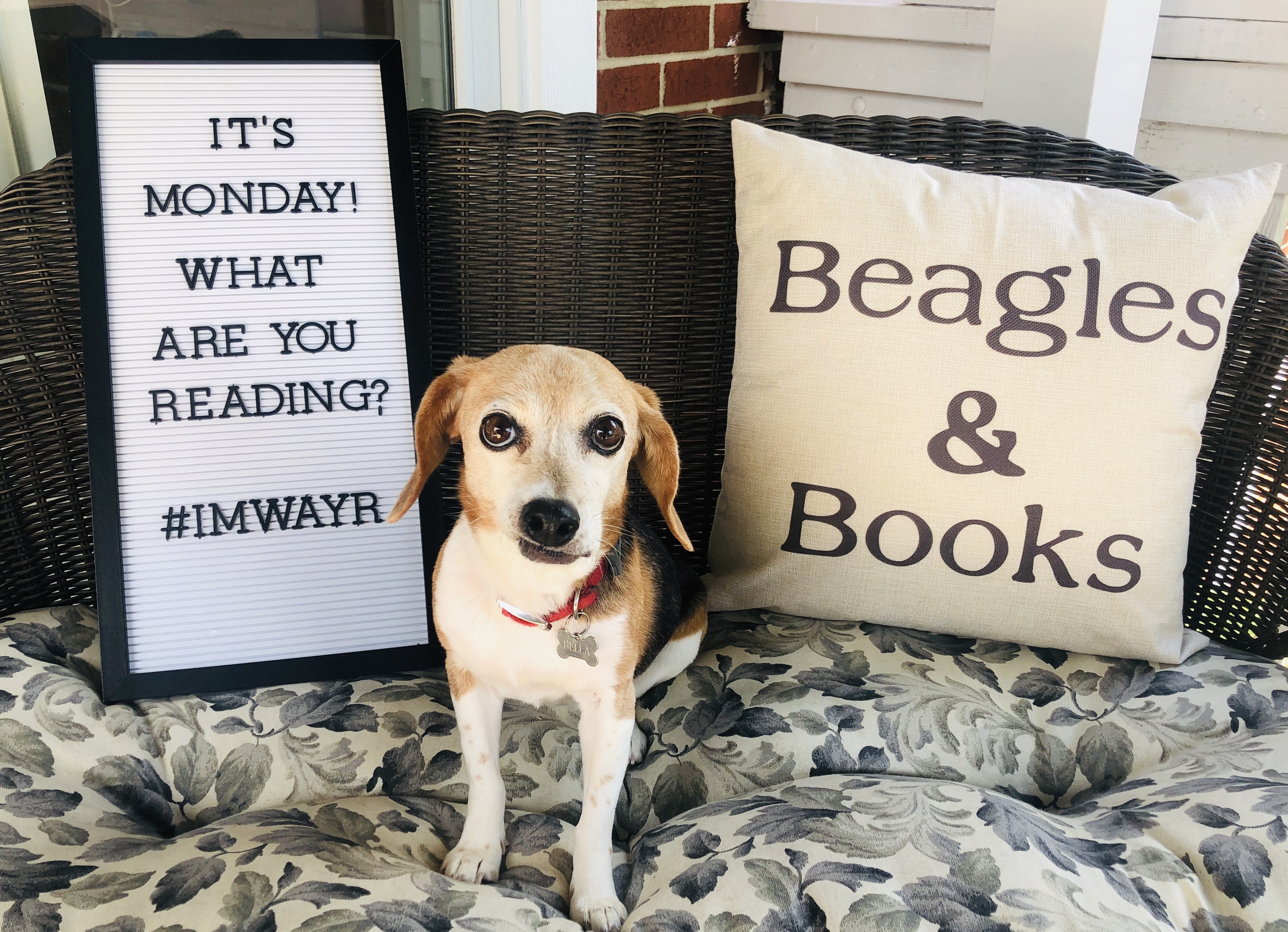 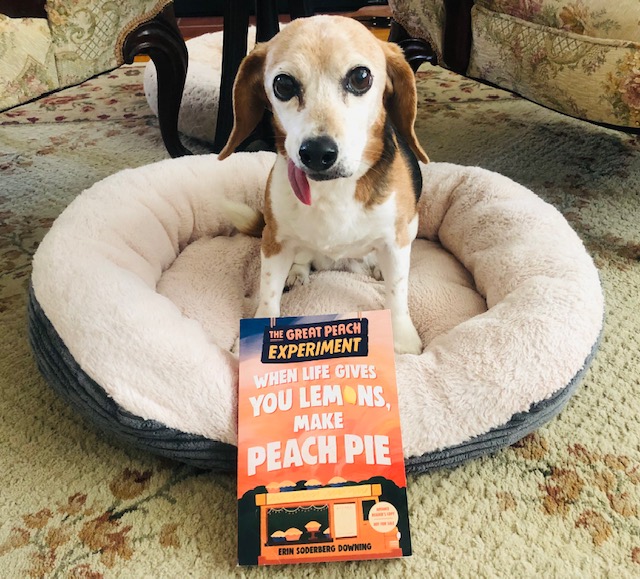 Since Lucy’s mother died, her father, a university professor, threw himself into his research, and the 12 year old became surrogate parent to her two younger siblings, 10 year old Freddy and 8 year old Herb.   Then, out of the blue, their dad announces that one of their mom’s inventions sold for over a million dollars.  To fulfill one of their mom’s dreams, their dad bought a used food truck and the Peach family is going to spend the summer together traveling the Midwest selling pies.  While Freddy and Herb are excited about the opportunity, Lucy is skeptical.  Why is their dad who hasn’t taken a day off in two years suddenly willing to commit a full month to this food truck experiment?  Lucy wanted to think positively that the trip might unite them as a family, but it was difficult given their father’s track record.

As the Peach family travels from town to town and endure highs and lows running the family business, Downing allows readers to get to know each sibling well.  An avid reader, Lucy is determined to read every book on the seventh grade summer reading list and Downing curated a list so amazing, I may adopt it for myself this summer.  Lucy is very strong person but assumed the role of problem solver not by choice and her frustration is finally manifesting.  Freddy feels he is a plum in a family of Peaches, for his passion is art, creativity, big ideas, and fun facts unlike his siblings and parents.  Throughout the Great Peach Experiment, Freddy though emerges as a natural leader and astute businessman.  While the youngest, Herb is a math whiz and feels he has a lot of contribute to the family business, but begins to feel restless when he was told he was too young to help bake pies, ingredients for his cinnaballs were too expensive or there wasn’t time to find a place to swim.  And while dad believes the main goal is to win top honors at the Ohio Food Truck Festival, Lucy, Freddy, and Herb make him realize that their family is the greatest prize.

The Great Peach Experiment is a middle grade novel with both heartache, humor and most importantly, hope.  An added bonus were Lucy’s amusing letters to her Great Aunt Lucinda, Freddy’s sketchbook drawing for how he would spend a million dollars, maps, and Herb’s financial updates. Grateful to know that another Peach family adventure awaits in the future. Special thanks to Erin Soderberg Downing for sharing an ARC with my #bookexcursion group.  When Life Gives You Lemons, Make Peach Pie releases tomorrow on April 6, 2021. 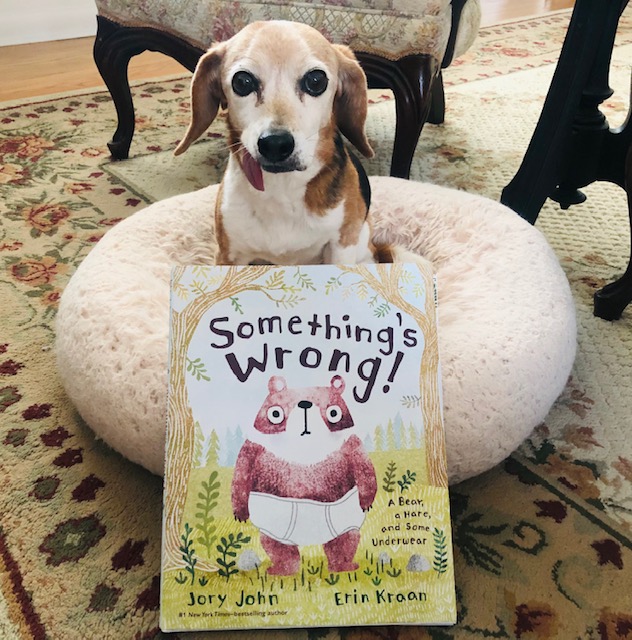 Something’s Wrong? A Bear, A Hare and Some Underwear by Jory John Illustrated by Erin Kraan

One morning, a bear named Jeff woke up and felt like he was forgetting something.  Readers notice right away that Jeff is still wearing the gift from his grandma-underwear! As Jeff takes a stroll through the forest, he still feels odd but clueless.  On his travels, he passes by many animals who look at him in bewilderment.  After Jeff walks away, they all speak directly to the reader uttering the same words “Why is that bear wearing underwear?”  Finally, Jeff realizes he needs to consult with his rabbit friend, Anders, whom he trusts to be honest with him.  Anders immediately knows what’s wrong and candidly tells Jeff what no other animal would say.  When confronted by all the animals,  embarrassed Jeff tries to talk his way out of his predicament, but Anders saves the day by sporting his own pair of tighty whities creating a new fashion trend.

When I read Something’s Wrong to kindergarten students for #classroombookaday, the laughter started on the very first page spread and remained until the end of the story.  John’s hilarious plot and clever solution along with Kraan’s adorably expressive illustrations were such a hit with the kids that asked if I could read it again.  As a an adult, what I loved most is the lesson of friendship.  Anders was indeed a true and trusted friend because not only did he tell Jeff the truth but his actions shows he likes Jeff no matter what he does or wears.  And support is pretty crucial with choosing friends and underwear!  Thanks to Morgan Rath of Macmillan Children’s Publishing for sharing a copy with Beagles and Books.  Something’s Wrong recently celebrated its book birthday on March 23, 2021. 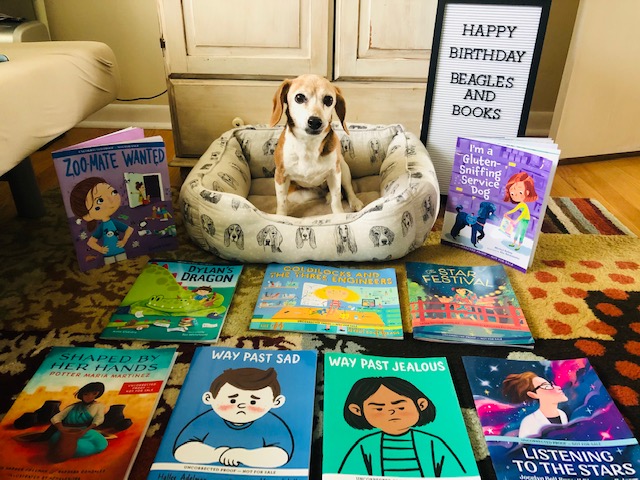 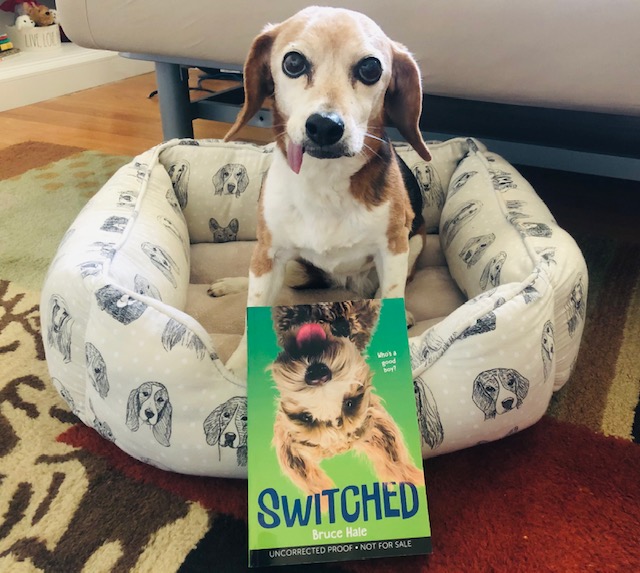 Sloppy and spontaneous are not words that would describe sixth grader Parker Pitts for he likes things neat and orderly.  But with the recent loss of his grandmother Mimi and his older half sister Billie going away to school, he is forced to deal with a lot of change which is a bit overwhelming.  To make matters worst, his parents decide that he is now in charge of Billie’s unruly goldendoodle Boof until she returns home.  He begrudgingly takes care of the Boof, but when the undisciplined Boof gets a hold of Eshu, a trickster statue that was a gift from Mimi, Parker is furious.  As he attempts to save the precious statue, Parker makes a wish.  The very next day, Parkers wakes up in Boof’s furry body and Boof is now inhabiting Parker’s human body.  Given his penchant for cleanliness, it’s no surprise that Parker is not embracing the dog’s life.  In contrast, Boof loves the easy access to food and his free spirited nature makes Parker’s classmates see him in a whole new light.  Will Parker and Boof be stuck forever or figure out a way to switch back?

Reminscient of Freaky Friday, one of my favorite books growing up, Switched is a hilarious recreation. Once the switch happens, I thoroughly enjoyed reading both Parker and Boof’s point of view as they attempt to adjust to their new bodies.  While there are lots of laugh out loud moments, Parker learns valuable lessons about life, for yes, it can be messy and you can’t control and change it.  And if you just let it happen, you start to truly live.  Thanks to Bruce Hale for sharing an ARC with my #bookexcursion group.  Switched releases tomorrow on April 6, 2021. 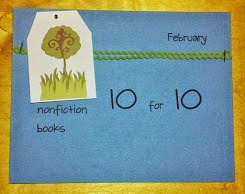 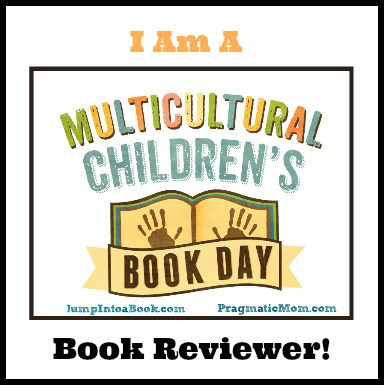